E-Commerce and Entrepreneurship
Follow me on Twitter
Marc Schillaci - Oxatis Founder and CEO: Food for thought: Must we follow the example of Waldorf school and ban computers at school?

Food for thought: Must we follow the example of Waldorf school and ban computers at school? 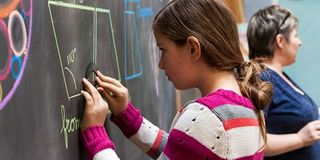 Well, I admit that I've been a bit fickle with this Waldorf School story.

Let me explain: The article of the week is from RSLNmag (Regards Sur Le Numérique) and relates to the story of a London private school which has made the choice to ban digital technology up to the age of 14, and the television up to the age of 12.

Their source of inspiration? The Waldorf School, born in the heart of Silicon Valley, which welcomes many children from the surroundings of the technology sector.

Professionals, businesses and the digital world.....that's Silicon Valley! But, what is this Waldorf School? Their curriculum interests me a lot....but blackboards and chalk are the complete opposite of what we're inclined to. However, at this rate, certain suburbian schools will be at the cutting edge of progression despite their lack of technological resources. Whilst some complain about not having computers, might it be a chance for others to excerise their full potential? It just goes to show that the teaching essentials are, as always, a matter of perspective.

Have a look at this exciting article from Quartz which explains in more depth, why and how.

In effect, they explain, having taken into consideration the dangers of too much technology at home, that some parents have made the decision to distance their children from the digital realm which can encourage bullying, a lack of self-confidence and a limited imagination.

I admit that I'm quite puzzled about the rigorous and severe nature of these decisions, at the same time feeling that any extreme, one way or another can only lead to dangerous situations.

Having said that; for someone like me who is prone to teaching children to code from as young as possible, this turnaround is a bit harsh.

So, let's say that after some deep thought, I choose the Waldorf school argument. There are definately many activities excluding computers that can enhance and develop the potential of our children in a school setting. However, it would be a shame to deprive intelligent and reasonable use of computers in the home. And starting from 13 or 14,  being able to code and use computers in another way I think is an excellent idea. For everyone.

What do you think

Definitely something to think about...

This is only a preview. Your comment has not yet been posted.

The letters and numbers you entered did not match the image. Please try again.

As a final step before posting your comment, enter the letters and numbers you see in the image below. This prevents automated programs from posting comments.

Having trouble reading this image? View an alternate.

Comments are moderated, and will not appear until the author has approved them.

(Name and email address are required. Email address will not be displayed with the comment.)